Skip to content
The Federal Aviation Administration has announced that it is forming a committee to study the issue of electronic device use during airplane takeoff and landing. Currently, passengers are not allowed to use devices until the plane reaches 10,000 feet. Because of the widespread use of such devices as smartphones, e-readers, and iPads, however, the FAA has decided to reexamine the ban.
The committee will consist of representatives from mobile technology and aviation industries, pilot and flight attendant groups, airlines, and passenger associations. While the group will be studying several issues surrounding personal electronic devices, they will not consider the use of cell phones during flights. The results of the FAA’s testing probably won’t be complete until March, however. So in the meantime, you might as well enjoy the view of the buildings getting smaller as your flight takes off.
Android users on tiered Verizon mobile data plans can now download third party tethering apps thanks to Verizon’s $1.25 million settlement with the Federal Communications Commission (FCC). These tethering apps let users turn their phones into mobile hotspots, enabling them to connect other devices to the internet through their Verizon data plans without paying Verizon’s $20 tethering fee. 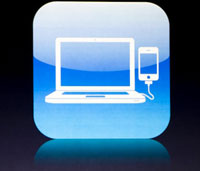 Previously, Verizon requested that Google block these apps from the Google Play Store, but the FCC found this in violation of the net neutrality clause Verizon agreed to when its bid won a substantial mobile broadband spectrum for its 4G LTE network. Unfortunately for those grandfathered into unlimited data plans, Verizon can still charge the $20 fee.
As for Verizon iOS users, the App store blocks third party tethering apps, so users will still need to jailbreak their phones to tether their devices for free.

NASA’s latest Mars rover, Curiosity, is set to land on Sunday, August 5. While we’ll be watching the historic event on Nasa TV, those in New York have a chance to witness the landing live in Times Square on the Toshiba Vision screen. Times Square will be the largest East Coast location for live coverage of the landing and we think it serves as an appropriate venue for celebrating this historic event.
The Curiosity’s landing will be the first Mars probe of its size (it’s about as large as a Mini Cooper) and many are excited to watch the end of its eight month journey to the Red Planet. The probe will be exploring the Gale Crater for two years, hopefully giving scientists answers to questions about water on Mars and the possibility of life in space.
More information on the event is available on NASA’s missions page.
In another move to make iPads the device of choice for students and teachers, Apple now allows K-12 teachers to publish up to 12 private courses through iTunes U. Through these courses students can access audio and video lectures and class material and other curriculum. Students can take time-stamped notes, complete assignments, and even share their favorite courses with friends.
The app has over 500,000 audio and video files from 1,000 universities across the world. iPad sales in the education sector are on the rise and with this update to the iTunes U app, the device is even more valuable to educators and students.
While there are a plethora of tablet entertainment apps to choose from, IBM just launched the latest app that serves as an educational tool. The app, called IBM Think, maps the history of innovation.  The app’s interface allows users to travel a virtual globe, interact with scientific models, and listen to world-changing initiatives.
We’ve just downloaded the app to our iPad and we like the “Seeing” feature (pictured above) where users can browse through an illustrated timeline and tap colored pictures to read about important discoveries. One of the best things about this app is that it is free on iTunes and for Android users, making this valuable tool available to all tablet users.
Check out what IBM has to say about the app here.
Today Apple announced plans to buy Authentec, Inc., a fingerprint sensor technology firm, for $356 million. This recent move may indicate future use of fingerprint authentication on the iPhone for mobile payments.
Experts claim that this technology gives users added peace of mind that passwords do not, and that fingerprint sensor capability on the next generation iPhone could help further differentiate Apple.  Google currently offers mobile payments, but it is not commonly used due to security concerns.
Read more about the details here.
In response to Apple’s withdrawal of its products from the EPEAT (Electronic Product Environmental Assessment Tool) registry, San Francisco city officials have decided to ban local government agencies from buying Apple Macintosh computers.

The EPEAT registry shows which electronic devices minimize environmental risks and maximize energy efficiency. San Francisco officials have had a long running policy to purchase devices that are listed on the EPEAT.

Apple has withdrawn all of its products from the registry and does not plan to submit new devices. The company has yet to provide an explanation for their decision.
The Japanese company Sharp has introduced the largest LED TV in the world. The 90-inch Aquos stands 4 feet tall and is about 6.5 feet wide. Diagonally it measures 8 feet and is less than 5 inches in depth.  The Aquos weighs 141 pounds.
Additional features include:

According to a recent survey conducted by Kelton Research, people are willing to do a lot of crazy and embarrassing things to retrieve their smartphones.  Here is a list of some of their responses:
In addition to these findings, the results of the survey also displayed the following statistics:
TED, the global organization that specializes in conferences and online inspirational talks, has announced their latest idea – TED-Ed, a website with educational videos that can be customized. Their plan is to use both educators and animators to produce videos for the site which can be used as lectures for students. The site will also have a YouTube channel. 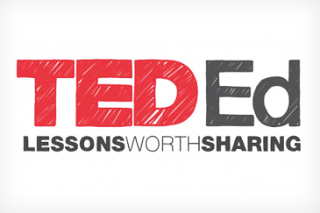 The website follows a growing trend towards digital lecturing.  The appeal of this model is that it allows for physical classroom time to be spent on individual tutoring, student collaboration, and more complex thinking activities. Students also prefer the increased assistance they receive rather than merely listening to a lecture passively. TED plans a full launch of their website by September.