CISPA, short for the Cyber Intelligence Sharing and Protection Act will likely be brought back for voting in Washington after recent reports of cyber espionage attempts against U.S. targets. Chairman of the House Intelligence Committee, Mike Rogers, claims that “American businesses are under siege,” making the controversial bill a necessity. Today hackers are considered the new terrorists and the head of Homeland Security, Janet Napolitano, believes a “cyber 9-11” is probable if no cyber security legislation is enacted.

While we doubt that the threat of a nationwide crippling infrastructure cyber attack is near, businesses large and small should be taking the necessary precautions to prevent security breaches from hackers more interested in gaining valuable information. Recent targets have included several U.S. banks, the Federal Reserve’s website, the Wall Street Journal, New York Times and The Washington Post. Most of these attacks have been traced overseas to China.

If passed, CISPA would grant immunity from privacy laws to companies and federal parties which share customer information that relates to “cyber security”. The issue of course, is how easy it is for companies to cross the fine line between “sharing” this information for security purposes and misusing this immunity for spying. CISPA was passed by the House of Representatives last Spring, but never made it to the floor after a veto threat was issued by the White House. President Obama is reportedly preparing to issue an executive order on cyber security after the Union Address scheduled for February 12.

So how could this affect us? Overall, if the bill passes with restrictions on the use of “sharing” information and companies act within those boundaries, the bill would work for its intended purpose of preventing cyber attacks from overseas. This seems unlikely though, and it would also increase the government’s surveillance abilities, making most uncomfortable. However, it is unlikely that the bill will pass through the House it’s second time around without major changes, and we hope the President’s plans to address cyber security will create more options for better security without compromising privacy.
Recently at CES 2012, Intel showcased its latest generation chips dubbed the Medfield. Its highlighted product was the Intel Atom Z2460. The last time you heard about the Atom was probably when you were shopping for a netbook…speaking of which…I almost forgot what one was (thank you tablets).
The Atom Z2460 brings an impressive processing power to the smart phone world. In performance tests, the Atom Z2460 beats the Samsung Galaxy Nexus’ dual core processor, as well as the iPhone 4S A5 processor in Java based scripts and applications. The processor is rated at 1.6 Ghz.
Buffering, processing, loading…are all terms of the past for this new processor. As demonstrated at CES, you can easily watch an HD video clip on the phone…rewind, skip, fast forward and literally choose anywhere on the video timeline and instantly (yes, instantly), you are taken to the specific time stamp, without any further ‘loading’ or ‘buffering’ holds.

Of course, with processing mega power, comes the desire for playing games. The Atom Z2460 renders images and video games quite well, even under intense stress tests (fast and abrupt movements). The Android operating system is of course a match made in heaven with the Intel Atom Z2460 – running clean and crisp. The Atom Z2460 produces absolutely no heat, not even under heavy processing…making the smart phone a cool operator. The phone can stay on standby for about 15 days without charging.
In case you’re planning on covering the London 2012 Olympics, a device packed with the Z2460 might be a good idea. The processing power enables you take multiple photos at once…bursting 10-15 images, one after another with absolutely no lag or slow down. With this device in hand, we’re sure the Olympic judges will be summoning you to the field for those too close to call situations.
The processor is not available on a specific smartphone just yet, but Motorola and Lenovo (for tablets) will unveil the processor in its new line up of devices, sometime early to mid 2012.
Will Skype be the new industry standard for video conferencing?
At CES 2012, we observed a growing number of companies integrating Skype with their television sets and smart devices. The free video calling service has been around for quite some time now and in early 2011 it was acquired by Microsoft. Skype has 663 million users worldwide of which 30 million are simultaneously online at any given time. Last year alone, Skype carried close to 40 billion international call minutes – yes that is quite some number for a free service.
So does this mean Skype will soon have a seat or a place on the wall in the corporate board room. Most probably yes, since it’s becoming affordable and cost effective to integrate one, especially for small and medium sized businesses and firms.
As more and more companies place LCD television sets in their board rooms and with the availability of wireless or wired internet connections, having Skype in the conference room becomes a snap. Businesses would no longer invest in expensive video conferencing equipment and services. Of course it is noteworthy to mention that Skype does not deliver supreme video quality – but hey, at the end of the day it gets the job done.
You are able to make a free video call to anywhere in the world at the comfort of your TV. The quality of the video calls depend primarily on your internet connection and of course the hardware being used (camera type, device, etc.)
And in case you’ve noticed, even television networks like CNN and Fox News have begun to use Skype for live video connections – creating a more realistic, perhaps dramatic connection with the TV host.
At CES 2012, we noticed that Samsung is aggressively integrating Skype in almost all of its Smart TV sets. The two companies at the forefront of this endeavor are Samsung and Panasonic. Almost all Android powered smart phones, Blackberries (select carriers), and Apple’s latest iOS support Skype.
So with that said, Julie please schedule a Skype appointment at 11am tomorrow with our Shanghai office. I’ll do the talking or rather Skypeing that is.
Each time I hear about the Nokia Lumia, for some reason it reminds me of the Chevy Lumina. Of course, one’s a phone, the other a car…but would Nokia’s Lumia share a similar death fate as the Lumina? Probably not…well at least from our observations at CES 2012. 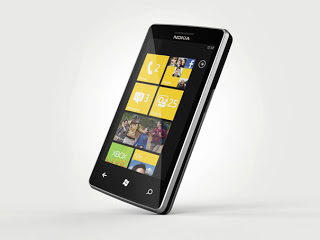 Earlier in 2011, Nokia abandoned its operating system for smartphones – the Symbian. With a continued assault led by Apple’s iOS and Google’s Android operating systems, the market share of Symbian almost disappeared. Fearing a complete disappearance from the smartphone market, Nokia quickly entered into a strategic partnership with Microsoft, clearing the path for the tech giant to implement its Windows Mobile OS on all Nokia smartphones. Of course Microsoft itself has a very tiny, if not insignificant presence in the smartphone world…but at least this gave Nokia yet another chance to reemerge in the market and focus on hardware and less on developing the core operating system, including the apps, something that has catastrophically bogged down RIM’s Blackberry.

Nokia plans on introducing the Lumia 900 within the $100-$200 price range, which would make it by far the least expensive, yet highly functional smartphone on the block. The phone features Microsoft’s tile based operating system also known as Mango. Most importantly, the phone is Nokia’s first 4G enabled device – making it very suitable for data hungry apps.

The phone comes loaded with Microsoft Office, making it a snap for opening and editing Word, Excel, and Powerpoint files. If you’re a diehard gamer, the integration with Xbox LIVET comes ready…couple that with the 4G and you’re ready to take off. As with any Microsoft product, dont expect open source coding like the Android and the number of available apps still remains far below Industry giants – Apple and Google.

We’re sure you have been following the headlines from the past week regarding the wonders of the tech world. The 2012 Consumer Electronics Show wrapped up the four day convention last week in Las Vegas.
Last year the show was abuzz with tablets and mobile computing. Inverselogic was in attendance at the show again this year, which attracted more than 150,000 people from all over the globe. We will cover the key highlights of the show, including our thoughts and ideas within the next few blog posts, so please stay tuned for updates.
As stated, last year there was a hysterical hype over tablets in the mobile computer realm….so much that the netbook market experienced a significant drop in computing market share. Taking front stage were Google Android powered tablets offered by Samsung and Motorola.
This year, one of many attention grabbing featured products were Ultrabooks – the successful marriage of tablets, netbooks, and laptops if we have to word it that way. PC manufacturers quickly realized the success of the MacBook Air and decided to adopt a similar product line by offering power, with the latest Intel chips, and superior mobility, notably in weight and design.
Samsung and Toshiba both presented an impressive lineup of Ultrabooks.
Samsung’s Series 9 model houses a quad core Intel Core i7 processor and a 13.3 SuperBright display. The Series 9 model is a direct competitor of the MacBook Air in terms of hardware – it weight 2.6 pounds and its thickest point is 0.4 inches (yes, 0.4!). Samsung brings performance, design, and mobility under one roof. For die hard Windows users who want superior mobility, this is a computer you must definitely consider.
The Toshiba Portege Z835 is another major competitor in the ultrabook sector. Toshiba by far goes out of its way to make the computer as affordable as possible – pricing its entry models in the range of $699-$949 (the sub $1000 market). The drawback however is that Toshiba packs the Intel Core i3 processor, which lags in performance comparisons with the much faster processors (Core i5 and i7), however for business multitasking users, the Intel Core i3, along with a generous RAM and solid state drive should be just fine.
Stay tuned for more posts along the way…